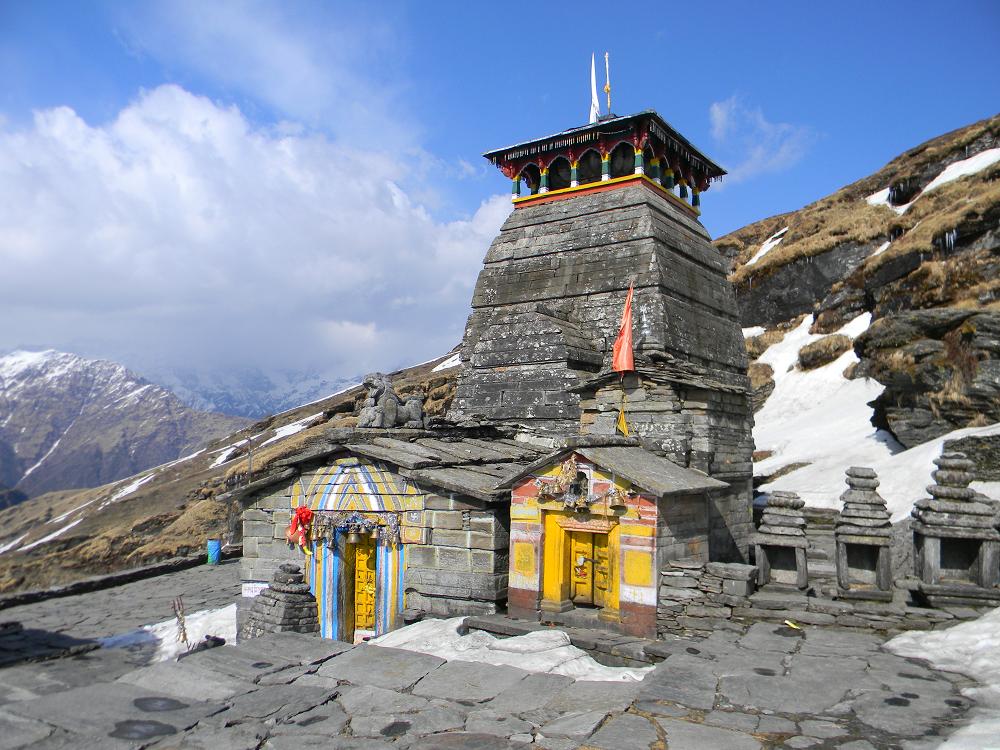 Tungnath is the highest Shiva temple in the world and is one of the five and the highest Panch Kedar temples located in the mountain range of Tunganath in Rudraprayag district, in the Indian state of Uttarakhand, India

Tungnath temple, at an altitude of 3680 Mtrs, is considered to be the highest temple of Lord Shiva and is one of the Panch (Five) Kedars. Madhmaheshwar, Tungnath, Rudranath and Kalpnath with Kedarnath form the Panch Kedar and considered as the five most important temples of Lord Shiva in Garhwal Himalayas.

Chandrashilla, at an altitude of 4000 Mtrs, is highest point of the mountain on which Chopta and Tungnath are situated. Chandrashilla offers 270 degree views of the Himalayan range and is located 1.5 KMs further upwards from Tungnath Temple which makes it a 5 KMs trek from Chopta.

Chopta is situated at an altitude of 2600 Mtrs in Rudraprayag district of Uttarakhand and is well known as a base point for a trek to Tungnath Temple and further to Chandrashilla peak. But, Chopta itself offers a beautiful snow meadow in winters locally called as Chopta Bhugyal (bhugyal meaning meadow).