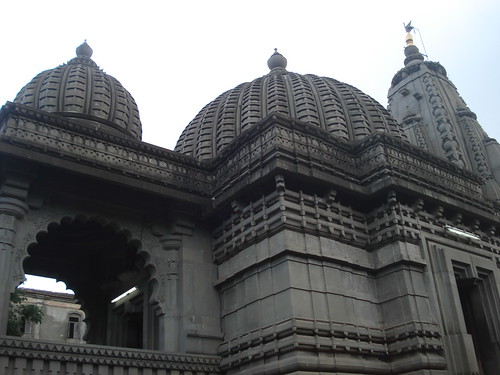 The Kalaram temple is an old Hindu shrine dedicated to Lord Rama in the Panchavati area of Nashik City in Maharashtra, India.The temple derives its name from the statue of Lord Rama that is black in colour. The literal translation of Kalaram means black Rama. The sanctum sanctorum also houses the statues of goddess Sita and Lakshman. Thousands of devotees visit it every day. The temple was funded by Sardar Rangarao Odhekar. It was built around in 1792. It was said that Sardar Odhekar had a dream that the statue of Rama in black colour is there in the river Godavari. Odhekar took the statues from river and built the temple. The place where statues were found was named as Ramkund. The main entrance of the temple has Lord Hanuman idol which is black.