A mangala sutra is a necklace that a Hindu groom ties around the bride’s neck in a ceremony called Mangalya Dharanam (Sanskrit for “wearing the auspicious”), which identifies her as a married woman. In Hinduism, when a girl gets married she adorns certain jewelry and observes special customs to make obvious her marital status. The word ‘mangalsutra’ is derived from the two words, mangal meaning holy or auspicious and sutra meaning thread. On the wedding day, a yellow thread is prepared by using turmeric paste and is tied around the bride’s neck with three knots during the marriage ceremony while the priest recites Vedic hymns and partakes in prayers.

Mangalsutra symbolizes the inseparable bond between a husband and a wife. During the wedding ceremony, the bridegroom ties the mangalsutra to the neck of the bride uttering- “May you live long by wearing this sacred Mangalsutra, the reason of my life”.

Married women are entitled to wear Mangalsutra throughout their life as it is believed that the practice enhances the well-being of her husband and family and cannot be shown in public.

Due to the mangalsutra the consciousness of the husband in the form of Shiva remains constantly awakened in the woman.

Mangalsutra protects the marriage from any evil. Three knots symbolize three different aspects of a married woman – the first knot represents her obedience to her husband, the second to his parents and the third represents her respect for God.

Mangalsutra which is considered auspicious by the married women as they wear it till their death or their husband’s death. 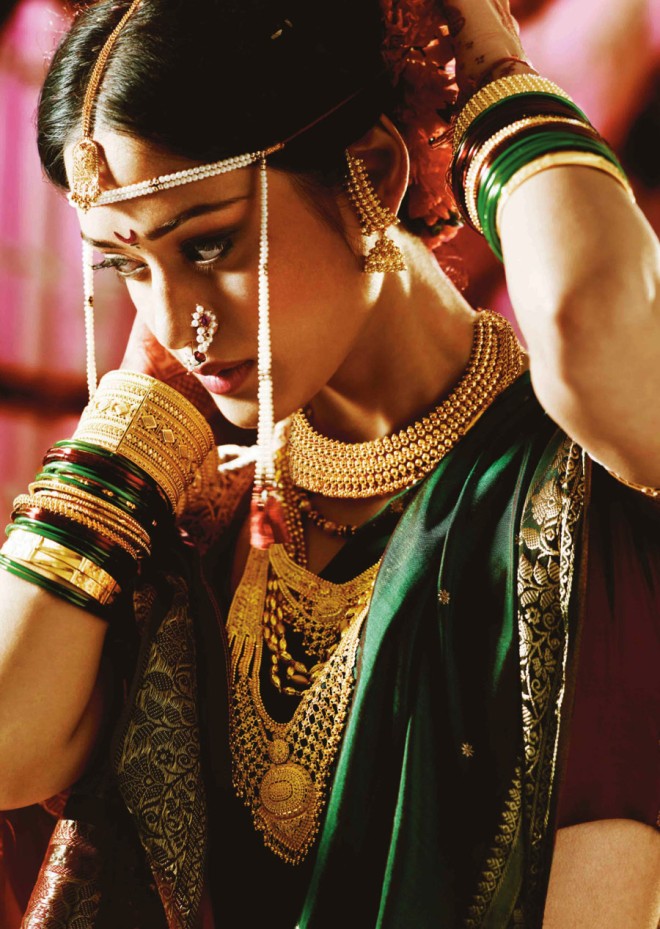 Wearing a mangalsutra helps to reduce black energy waves there is distress like pain, giddiness, restlessness etc. mangalsutra is beaded with black beads and a thin wire of gold. The gold wire destroys the distressing vibrations present in the Universe through its Energy of the Absolute Fire element. The black color of the beads is said to absorb all negative vibrations before they can reach the bride and her family.