Almost half of the population of the world lives in rural regions and mostly in a state of poverty. Such inequalities in human development have been one of the primary reasons for unrest and, in some parts of the world, even violence.

Poverty is about not having enough money to meet basic needs including food, clothing and shelter.Poverty is general scarcity or dearth, or the state of one who lacks a certain amount of material possessions or money. It is a multifaceted concept, which includes social, economic, and political elements. Poverty seems to be chronic or temporary, and most of the time it is closely related to inequality.Poverty is hunger. Poverty is lack of shelter. Poverty is being sick and not being able to see a doctor. Poverty is not being able to go to school, not knowing how to read, not being able to speak properly. Poverty is not having a job, fear for the future and living one day at a time. Poverty is losing a child to illness brought about by unclean water. Poverty is powerlessness, lack of freedom. Poverty has many faces, changing from place to place and across time, and has been described in many ways. Most often poverty is a situation people want to escape. So poverty is a call to action – for the poor and the wealthy alike – a call to change the world so that many more may have enough to eat, adequate shelter, access to education and protection from violence.

We think sometimes that poverty is only being hungry, naked and homeless. The poverty of being unwanted, unloved and uncared for is the greatest poverty. We must start in our own homes to remedy this kind of poverty.
Mother Teresa

Unfortunately, poverty is often an invisible problem. The voices of the poor are seldom heard. And what makes me feel like writing about poverty is the unwillingness of our society to deal with this preventable problem and how politicians who rule the country pretend that poverty is simply a given human existence – a force of nature – unstoppable and eternal. The problem of poverty is considered as the biggest challenge to development planning in India. High poverty levels are synonymous with poor quality of life, deprivation, malnutrition, illiteracy and low human resource development. Poverty can be defined as a social phenomenon in which a section of the society is unable to fulfill even its basic necessities of life.

We need to steer clear of this poverty of ambition, where people want to drive fancy cars and wear nice clothes and live in nice apartments but don’t want to work hard to accomplish these things. Everyone should try to realize their full potential.
“Barack Obama” 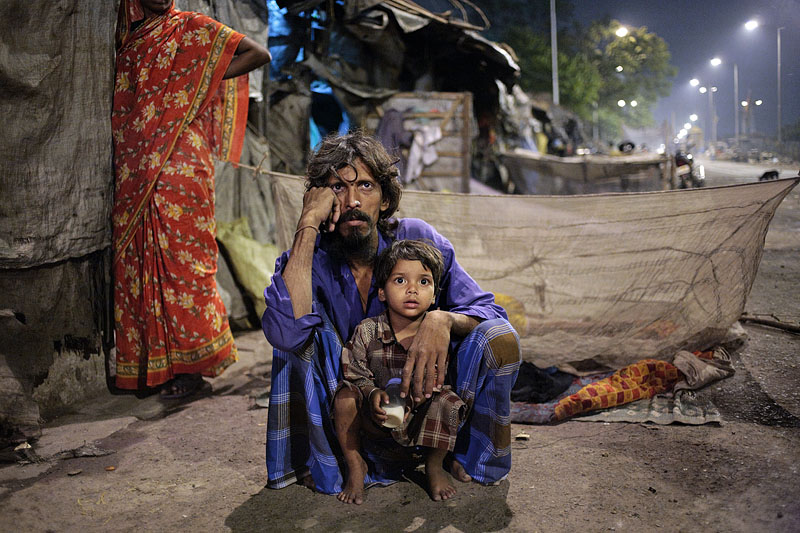 The dimensions of poverty have been changing from time- to-time and place-to-place. There are two inter-related aspects of poverty-urban and rural. The main causes of urban poverty are predominantly due to impoverishment of rural peasantry that forces them to migrate to big cities to find livelihood. In this process they lose even the open space or habitat they had in villages, albeit without food and other basic amenities. In the cities, though they get food but other sanitary facilities including clean water supply still away them. They are compelled to live in sub-human conditions. There is really a very paradoxical situation, when wealth and prosperity is concentrated in a few homes while millions have to go to bed without food. A select few enjoy the standards of living comparable to the richest in the world while the majority fails to meet both their ends.

* Information on the traditional uses and properties of herbs/ places/ yoga/ peoples are provided on this site is for educational use only, and is not intended as medical advice.

All image credit goes to their original Author/ Photographers.