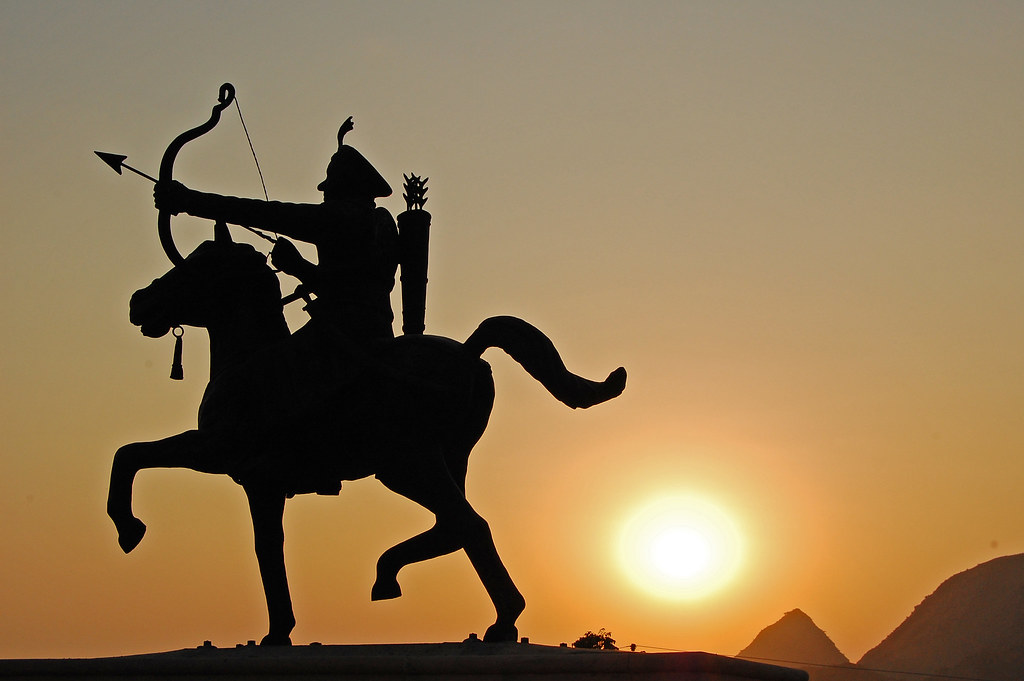 Prithviraj Chauhan was born at Ajmer in 1166 A.D. His father was Someshwar Chauhan and mother Karpuri Devi, a Kalachuri (Chedi) princess, daughter of Achalaraja of Tripuri. Muhammad Ghori attacked India multiple times. First time he was routed in present day Gujarat by Rajputs. Mularaja-II was not even a teen yet and his mother organized the defenses of Pattan. Battle was fought at Kayadara near Mount Abu, in 1178 A.D . Prithviraj Chauhan was a Rajput king who ruled the kingdoms of Ajmer and Delhi in northern India in 12th century; he was one of the last independent Hindu kings to sit upon the throne of Delhi. Also known as Rai Pithora, he was a Rajput king hailing from the Chauhan dynasty. Born as the son of Someshwar Chauhan, the king of Ajmer, Prithviraj started displaying signs of his greatness at an early age. He was a very brave and intelligent child blessed with sharp military skills. Even as a young boy he could accurately hit targets only on the basis of its sounds. After the death of his father in a battle in 1179, Prithviraj Chauhan succeeded the throne. He ruled over the twin capitals of Ajmer and Delhi which he had received from his maternal grandfather, Arkpal or Anangpal III of the Tomara dynasty. As the king he set out on several campaigns to expand his territories and became well-known as a valiant and courageous warrior. His battles with Shahabuddin Muhammad Ghori are especially well-known as is the story of his elopement with Sanyukta, the daughter of Raja Jaichand of Kannauj.