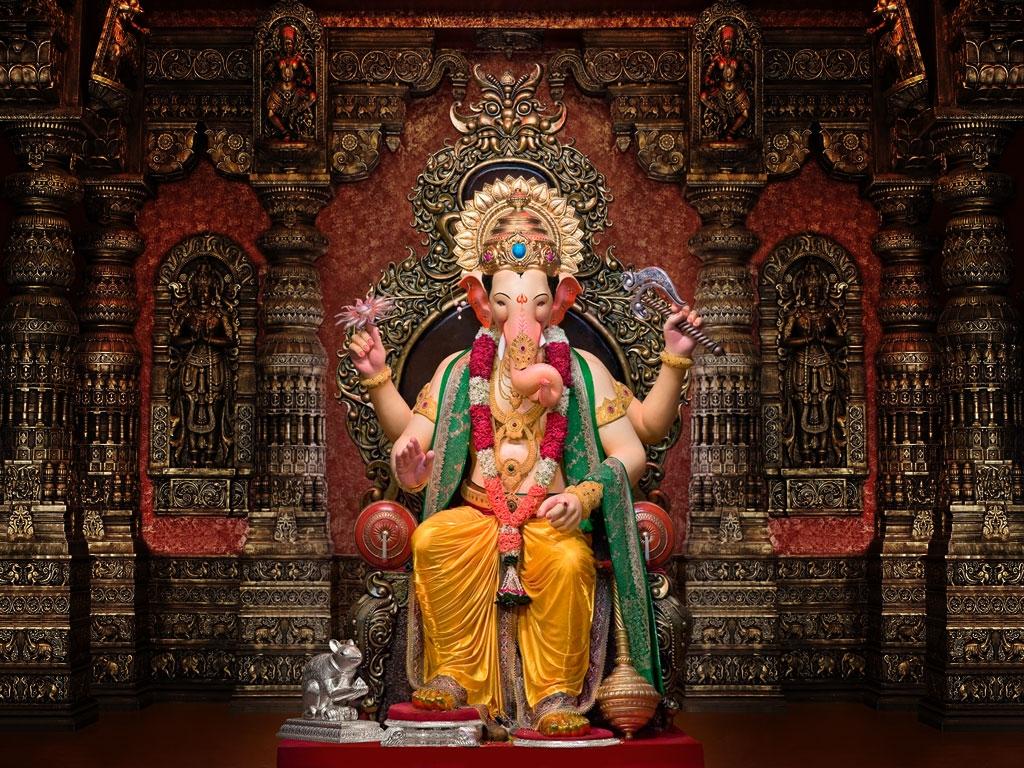 Meaning of Sloka: Lord Ganesha always dressed in white represents purity. He is omnipresent with gray complexion like that of ash glowing with spiritual splendor. The Lord with bright countenance has four arms. I meditate on the God who can destroy all obstacles whether material or spiritual.

Ganesha, the elephant headed God is the God of wisdom and prosperity.  He is remover of all the obstacles. He is four armed and is extremely brilliant.  In India he is a highly revered God and no prayer or auspicious function starts without an invocation of him. Ganesha is known as the son of Shiva and Parvathi. Ganesh, also known as Ganapati, is immediately recognizable as the elephant-headed god. He is the god of wisdom and learning, as well as the remover of obstacles, and consequently the sign of auspiciousness. It is customary to begin cultural events, for example, by propitiating Ganesh, and older Sanskrit works invoked his name at their commencement. Ganesh is said to have written down the Mahabharata from the dictation of Vyasa.

He is the lord (Isa) of the Ganas or troops of inferior deities, but more well-known as the son of Shiva and Parvati. In the most common representations of Ganesh, he appears as a pot-bellied figure, usually but not always yellow in color. In his four hands, he holds a shell, a discus, a club, and a water lily; his elephant head has only one tusk. Like most other Indian gods, he has a ‘vehicle’, in his case a rat: this rat is usually shown at the foot of the god, but sometimes Ganesh is astride the rat.

Meaning of Sloka: I prostrate myself before the lotus feet of Vigneshvara (Ganesha), the son of Uma, who destroys sorrow, who is served by the host of angels, who has the face of an elephant, who partakes of the essence of kapittha and jambu fruits.