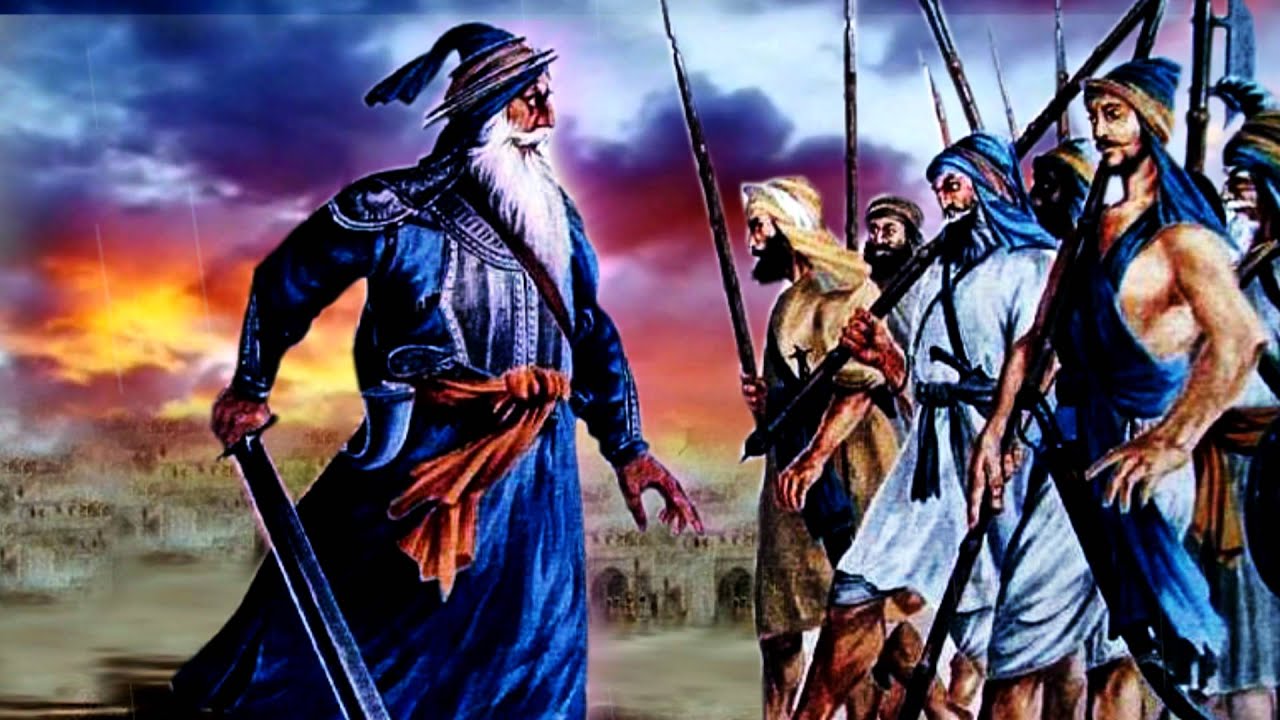 Baba Deep singh was born on the 20th January 1682 A.D. in the village of Pahuwind in district of Amritsar.He was the leader of Shaheeda’n Misl under the forces of Taruna Dal. He sacrificed his life avenging the destruction of Harmandir Sahib, Amritsar by the forces of Ahmad Shah Abdali. His father’s name was Bhai Bhagtu. He went to Anandpur on the Vaisakhi of 1700 A.D., where after obtaining baptism (into Sikhism) he started learning weaponry and riding from the Sikhs. From Bhai Mani singh he began learning reading and writing Gurmukhi and interpretation of Guru’s word. When Baba Deep Singh came to know that Jahan Khan, a General of Abdali, had violated the sanctity of Sri Darbar Sahib, he set our in that direction immediately accompanied by only eight Sings. On the way large batches of Singhs joined him. But, at Sangarana, he drew up a line and asked them to cross it over if they were willing to lay down their lives. Everyone jumped over the line without hesitation. Baba Deep Singh had his head chopped off in the fight, but he caried it on his hand and fought his way to the periphery of the Darbar Sahib where he finally breathed his las. SHAHEED BUNGA BABA DEEP SINGH: The place is in the memory of Baba Deep Singh’s (A Great Sikh Warrior) who sacrificed for the dignity of Sri Harmandir Sahib while fighting with Mughals in 1762. This place stands as a memory to the bunga of Shaheed missal to which Baba Deep Singh belongs.

*Information on the traditional uses and properties of herbs/ animals/ yoga/ places  are provided on this site is for educational use only, and is not intended as medical advice. all image credit goes to their Photographers. The events, characters and objects depicted in the Blog are ficticious. Any similarity to actual persons, living or dead, or to actual firms, is purely coincidental. The owner of [Journal Edge] will not be liable for any errors or omissions in this information nor for the availability of this information. The owner will not be liable for any losses, injuries, or damages from the display or use of this information.