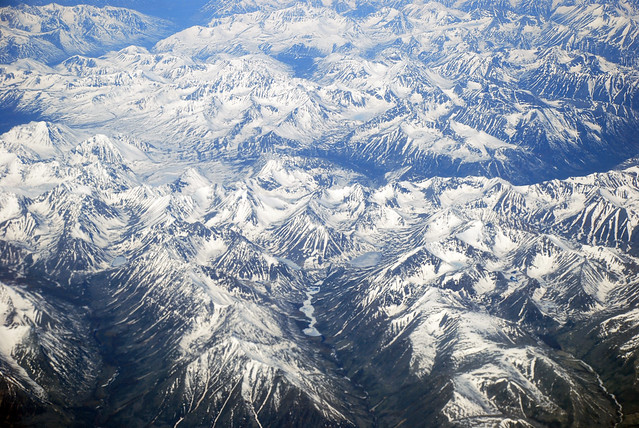 “Climb the mountains and get their good tidings. Nature’s peace will flow into you as sunshine flows into trees. The winds will blow their own freshness into you, and the storms their energy, while cares will drop away from you like the leaves of Autumn.” ~ John Muir

The HinduKush is a mountain system nearly 1000 miles long and 200 miles wide, running northeast to southwest, and dividing the Amu Darya River Valley and Indus River Valley. The Hindu Kush, made famous by Alexander the Great during his conquering-travels east, is the main mountain range of Afghanistan. It stretches from the Pamir Plateau near Gilgit, to Iran. The HinduKush ranges mainly run thru Afganistan and Pakistan. It has over two dozen summits of more than 23,000 ft in height. Below the snowy peaks the mountains of HinduKush appear bare, stony and poor in vegetation. Historically, the passes across the HinduKush have been of great military significance, providing access to the northern plains of India. The Khyber Pass constitutes an important strategic gateway and offers a comparatively easy route to the plains of Punjab. Most foreign invaders, starting from Alexander the Great in 327 BC, to Timur Lane in 1398 AD, and from Mahmud of Ghazni, in 1001 AD, to Nader Shah in 1739 AD attacked Hindustan via the Khyber Pass and other passes in the Hindu Kush (1,2,3). The Greek chroniclers of Alexander the Great called Hindu Kush as Parapamisos . The Hindu name of the HinduKush mountains was ‘Paariyaatra Parvat. During the period of British rule in India, the Indian government was keenly concerned with the security both of these passes and of an associated physical feature to the south, the Khyber Pass. The HinduKush range has rarely constituted the frontier between major powers but has usually formed part of an intermediate buffer zone. The name HinduKush derives from the Arabic for “Mountains of India.” Its earliest known usage occurs on a map published about ad 1000. The total for the region is not yet calculated. Hills and mountains, particularly the HinduKush Himalaya mountain system, have always constituted places where adaptation, mitigation, and resilience are hallmarks of the people and the landscape they inhabit. Since time immemorial, the people of the Himalaya have maintained a rich cultural identity, and have maintained food security and biogenetic diversity within the parameters of their own tradition. The name Kush, which means death, was probably given to the mountains because of the dangerous passes between the peaks. Some of these high-altitude passes were used by Alexander the Great and others in their invasions of India. The mountains have permanently glaciated peaks and little vegetation. The highest peak in the range and the highest mountain outside of the Himalaya and Karakoram ranges is Turch Mir at 25,289 feet(7,708 m.), located in Pakistan.