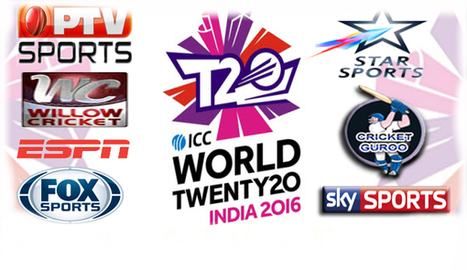 Twenty-20 cricket format is the latest addition to the game of cricket. The format has gained great popularity in a short time and has brought a carnival type of atmosphere to the game of cricket. The laws of 20-20 cricket are a bit different. The first formal Twenty20 game was played in 2003. The sole purpose was to make cricket even more interesting and appealing. Though, most of the rules in Twenty20 cricket very the same as traditional cricket, some of the rules were created afresh to provide meaningfulness to the game, because of the reduced overs in the new format. In each innings the number of the total overs bowled by each bowler cannot exceed four. In case the bowler throws a no ball (delivering the ball overstepping the popping crease), the rival team will not only get an extra run, they’ll also get a free hit in the next delivery. So, the only way a batsman can be declared out is through a “run out” attempt in the next delivery. According to the rules in a Twenty20 cricket match, there cannot be any tie. In case of a situation, where the match ends up in a tie, each of the two teams would nominate three batsmen and one bowler to play an additional one over per side. This final over is called Eliminator or Super-over. It is also called the One 1. In first scenario, any team losing two wickets before the over is finished, loses the match. If it does not happen, the winning team is decided on the basis of run scored by each team in its Super Over. ICC World Twenty20 for the year 2016 is scheduled to be held in India from 8 March to 3 April and will be played in seven cities; Nagpur, Dharamsala, Mumbai, Kolkata, Bengaluru, Mohali and New Delhi. 16 teams have qualified for this tournament. 8 teams have directly qualified for Super 10. Two top most teams out of the 8 qualified teams of group stage will join the Super 10. During the first six overs, a maximum of two fielders can be outside the 30-yard circle which is known as power play. And after the first six overs (power play), a maximum of five fielders can be outside the fielding circle. In general terms we can say that the duration in which both teams play their games with full capability which can be referred as Power Play. The team which is batting wants to take charges more and more so that they can add some easy runs in their total whereas the bowling team wishes to restrict them with their main line bowlers. Often we see the team who is batting losses their wickets early just because of pushing themselves to take the advantage of power play.

Following is the complete schedule of the sixth ICC World Twenty20.2016