Aromas and Flavors from my Kitchen

Kangchenjunga(third highest mountain in the world) from Darjeeling

India is dotted with beautiful and exotic hill stations which serve as a perfect getaway from the sweltering heat. Darjeeling which is known as the ‘Queen of hillstations’ sits atop a ridge with a spectacular view of the snow peaks of the mighty Kangchenjunga,the third highest mountain in the world. 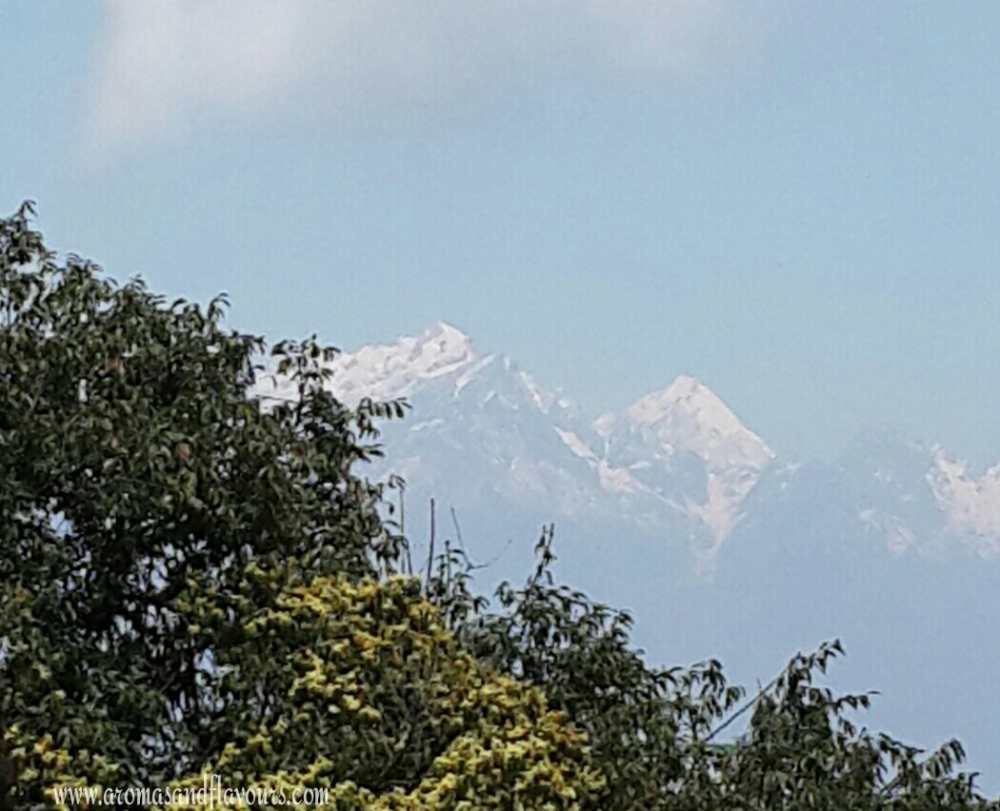 It is one of the most popular hill stations of India,famous for it’s six T’s- Tea, Teak,Toy train,Trekking,Tiger hill and Tourism. Having covered most other hill stations of North and South India, Darjeeling had somehow eluded our list. So this time by unanimous choice it was Darjeeling. The nearest airport is Baghdogra which is approximately 2 to 3 hours away from the hill town. The distance between Baghdogra and Darjeeling has to be covered by cab. The journey in itself is an exhilarating experience.

As we drove up the rolling mountains, we could see slopes…